Over the past ten months or so I have followed with interest the Dangerous Women Project. This is one-year initiative of the Institute for Advanced Studies in the Humanities at the University of Edinburgh, led by Professor Jo Shaw. It was launched on International Women’s Day 2016 and will end on International Women’s Day 2017 on Wednesday 8th March with a closing event (free, ticketed) at the Scottish Storytelling Centre.

As well as reading the superb material that has been curated on the project web site in response to the question What does it mean to be a ‘dangerous woman’? I have attended project events, and contributed an answer of my own last October in a post that profiled Scottish aid worker Dr Linda Norgrove.

More recently I played a ‘behind the scenes’ role as my colleague PhD student Frances Ryan drafted a submission about the status of young widows in the western world. In this post Frances considers the expectations of young widowhood that she has encountered since losing her husband when she was aged just 35. She concludes that:

Frances has also written about the process of drafting her contribution to the project. This can be found on her personal web site. Here you can also read about how I encouraged Frances to write her piece, and to hone her writing to fit with the spirit and style of the Dangerous Women Project. 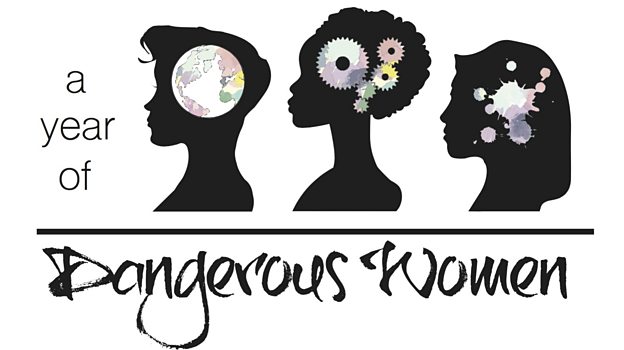