Amongst the full papers to be presented at the conference is a contribution by Centre for Social Informatics PhD student Rachel Salzano and her supervisors. ‘Is the public library included? An analysis of local government documentation on the integration of forced migrants in Scotland‘ draws on materials produced by local authorities on the integration of forced migrants in Scotland to explore the extent to which public libraries are acknowledged as part of the overall provision for newcomer populations. Rachel will be presenting this work in the paper session on Tuesday afternoon (31st May) chaired by Dr Alison Hicks (UCL).

On the basis of this element of the empirical work for her PhD, Rachel will argue that:

It is concluded from this analysis that the potential of public library services to contribute to the meeting of information needs, or supporting literacy and learning, of forced migrants in Scotland, is not recognised. This is important in the light of evidence from the wider literature that highlights the value that public libraries can bring to work to support the integration of forced migrants.

The full paper will be included in a forthcoming special issue of Information Research:

The full abstract is already available from the Edinburgh Napier University repository. 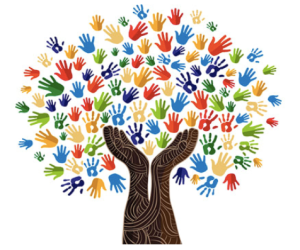